Ice cream is a delight for everyone even there is a day dedicated to it known as ‘national ice cream day’ and it is celebrated on the 3rd Sunday of July. Everyone enjoys this sweet but do you know some weird world records set by ice cream lovers. We all have heard about the biggest or largest ice creams, but ice cream lovers have taken this trend of setting records to the next level.

Here is a list of some super cool ice cream world records: 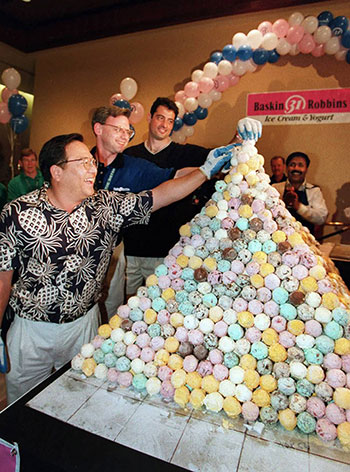 The largest ice cream scoop was made using 3,100 scoops of ice cream. The incredible sweet ice cream scoop mountain was made by Baskin-Robbins International, and it weighs around 800 lb. 362.87 kg. The 21 layers ice cream tower was 4 ft. 1.21 m. tall, and it stood for approximately 45 mins.

Over 80 executives of Baskin-Robbins international and flavor experts prepared this and the tiny sweet tower represented 20 countries.

The largest scoop of ice cream

Kemps Dairy LLC (USA) constructed the giant scoop of ice cream in Cedarburg Strawberry Festival in Wisconsin at its 100th-anniversary festivities. The giant ice cream scoop weighs around 3,010 lb (1,365.31 kg). It was the result of the hard work of Five nationally ranked snow sculptors. The 5 ft 6 in (1.68 m) tall and 6 ft 2 in (1.88 m) wide giant scoop was as heavy as a car and 733 containers were used for constructing it.

The giant ice cream scoop was served to all the visitors to the festival. 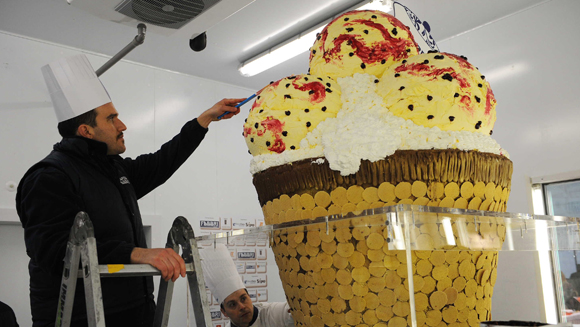 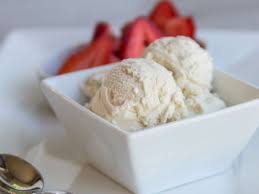 How fast you can make ice cream?

Well, you will be surprised to know that the record for the fastest ice cream making is just 10.34 seconds. The record was set in the UK by Andrew Ross at Cliffe Cottage in Sheffield, South Yorkshire.

Its ingredients were cream, vanilla, sugar, and liquid nitrogen. 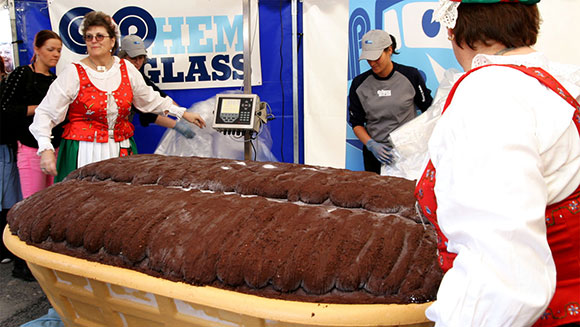